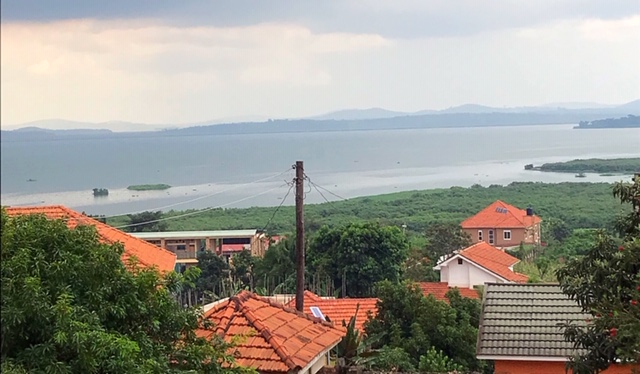 Well, we made it…mostly. We moved from Arusha, Tanzania to Kampala, Uganda. As is the case with many great adventures, this one did not go exactly as planned. When I say we ‘moved’ what I really mean is, we sort of moved. Say what? You Erdmans, always doing things the hard way!

Here is how it went down. We had been planning this move since March.  We have done hours and hours of research. We have talked to ALL.THE.PEOPLE about ALL.THE.THINGS! You guys, we had this moved planned. We were ready and packed and excited. We had talked to our lawyer in Kampala on multiple occasions about the fact that, because of timing, we were moving into Uganda with temporary visas while our permanent resident visas are ‘in process’. Being ‘in process’ is a technical term meaning we are doing it, we have proof, but we do not have the golden ticket in hand. He ASSURED us that this was fine, we could easily move into Uganda with all our things on temporary visas. We had talked to our shipping guy in Tanzania on multiple occasions (are you seeing a pattern?) about the fact that we were ‘in process’ with our resident visas. He ASSURED us that this was fine, that he had done the same thing on multiple occasions. Trust the professionals they said…it will work they said.

Everything was perfect, until the day before we were supposed to leave, when the shipping guy dropped the bomb on us. Yes, we could go in with all of our stuff on a temporary visa…buuuut we would have to pay customs tax on every single thing, including our car. Customs tax is a 40% tax on the value of every item. That would have been thousands of dollars. Alternatively, we could come in with all of our stuff with our golden ticket and not pay a dime. You guys, I have dreaded writing this blog because this whole situation makes me feel like an IDIOT. How could we not have known this? How could we have missed this important detail?  We talked to ALL. THE. PEOPLE. Here is the deal, and I am not going to camp too long on this for now, because I will probably write more about this in the future. You can cross your t’s and dot your i’s and still miss something, but that does not make you a failure. Ugh, it still hurts, especially when you have been so public about your plans. Anyway, there is a bit of vulnerability for you. I’m over it.

So…here is what we did. First, we screamed and cried a little (ok, Matt cried a lot), and then we called upon the grit and resiliency that living in a developing country has poured into our very soul, and we made a NEW PLAN. We agreed that we still needed to go, even if we could not take our household items. We knew that we would be able to get our visas quicker in person. We knew that it was important to get settled before the girls started school on September 2. We had already said goodbyes to EVERYONE, multiple times even. The awkwardness of staying was just too much. So, we packed up our little Subaru with the barest of necessities (which was quite a trick since everything was already packed) and off we went. The trip was blessedly uneventful.

Our friend Jenny accompanied us on this crazy adventure. She had originally planned to go with us to help drive since we were planning on taking both our vehicles. She is an adventure lover, and had never been to Uganda. Her plan was to hang out with us for a few days and then fly from Uganda to Ethiopia and then return to Arusha. She was such a trooper!! Not only that, but she was an incredible support to the girls during this time of transition. She was like the fun aunt who makes everything better.

Three days of driving later, we arrived at our new house (read about it HERE) in the pouring rain. Do you know that feeling where reality does not live up to expectations? Well, I am happy to say that I did not experience one second of that! The house was just as fabulous as I had envisioned. With the exception that the workers who were painting and building the gate had trashed it, but they cleaned it up the next day.

What do you do when you get to your new, totally empty house with only a few clothes and enough kitchen stuff to make a basic meal? You go shopping!! We had already planned to buy new mattresses, couches, table, and stove. So that is what we did. That first day we went and purchased three new mattresses (we had brought an air mattress for Aunt Jenny). We threw those suckers on the floor in our bedroom and Matt engineered mosquito nets using our old nets from Arusha, some hooks and twine. He was so Macgyver-y I almost swooned. Since then we have bought a fantastic stove, a table, couches, and a washing machine.

We are bringing our refrigerator from Arusha, so we have been fridge-less. Let me tell you, that is an experience I will never want to repeat. All in all, we have a pretty good little setup. I am super tired of the six shirts I brought but so thankful for our washing machine! This has definitely made me think about minimalism and the benefits of having way less stuff!! We have lived just fine with an eighteenth of our belongings. It makes me wish I had gotten rid of more before we left!

Here is where we stand on our golden ticket. Once we arrived, we realized that our lawyer was, shall we say, less than honest about his progress in getting our NGO finalized. We need to have our NGO finalized before we can apply for our visas. With the help of a local friend, we have taken the process in hand and have made amazing progress. When Matt first visited the NGO forum, he was told that the paperwork had just been turned in on July 31 (5 weeks AFTER the lawyer told us he turned it in) and that the wait would be two months. Our friend used her connections to get Matt a meeting with an officer of the NGO forum, who signed our paperwork in his presence. This fast-tracked the process from two months to two weeks, and helped me to breath easier knowing that it was in the bag. That was two weeks ago exactly, we are expecting to get the finalization any day. In the meantime, Matt went to customs and made some good contacts. They assured him that once the NGO is finished and he has applied for his visa, he will be able to get our stuff over from Tanzania. We are hoping/planning for him to fly back to Tanzania in September and come back with the moving truck, the van, and our dogs. Whew!

I have to say that this transition has been one of the hardest for me. I really grieved the loss of our life in Tanzania. It has taken a bit to acclimate to Kampala, but we are getting there. Even though we have lived in East Africa for almost 6 years, there will still be culture shock with this transition. We are working on being patient with each other and ourselves. I appreciate all of the messages of care and encouragement. Thank you for thinking and praying for us. It has been felt. We are doing great. The girls LOVED their first day of school, which is a huge answer to lots of prayers.

We have a lot you can pray for now, too.

Things are changing around here! So I have finally had it with fighting with wordpress on this blog! I spent several hours […] 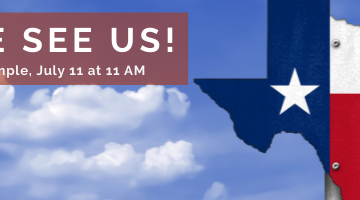 It is hard to believe that we have already been in the States for a month. Time is flying by way too […]

We are in Texas and are wanting to see you! You have two chances to see us in Temple, Texas. The first […] 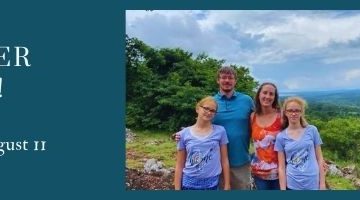 Greetings from the Erdman Family! I have decided to accept that this is a space that will only be updated occasionally. Now […]


Where in the world is the Erdman Family? I’ll tell you they are in my heart and prayers. It is so good of you to be so honest in these blogs. It helps me desire to cover you with my prayers even more. A question, what additional costs has this added to what you had planned on your moving costs? Thank you for your service to our Lord and Savior.


Thank you so much!! You are a blessing to me and my family. I think our additional costs are around $400. We had to pay for temporary insurance and car registration and then the cost of Matt’s flight and trip back to pick up our things. Love you lots!


You have been and will continue to be in my prayers. I’m so glad the girls like their school. Did you know that Western Hills has missionaries in Mbale, Uganda? They have a daughter in second grade.
I will continue to remember you all and all your prayer requests. I look forward to hearing from you again in the future.


Hello Linda, it is so good to hear from you. Thank you for your prayers. I do know about the missionaries in Mbale. Although we have never met in person, we have spoken a couple of times online. I am hoping we can get together at some point!


Through all of your hardships I see God’s hand making things smooth for you. The girls look beautiful in their new school clothes. I have been praying for all of you. The girls especially as they transition into school. It must be so different from home school. You are definitely an inspiration and I pray God continues to bless you abundantly!

Update from the Erdman Family

Update from the Erdman Family