We have several updates and exciting news! I will start with the biggest one on a personal level, that is that we are coming back to the United States for a visit sooner than we expected. We are trusting God to provide our way and are planning to travel to the states in late January and stay for five weeks. The reason we are doing this, instead of in late summer/early fall of 2015 as we had originally planned has to do with the second piece of news. The second piece of news is that we have the land, or soooooooo close, that I am just saying we have it. Apparently international land purchase precipitates significant amounts of paper shuffling. So, the paper is still shuffling, but all the signatures are in the right spaces.

I want to take this time to tell you how God worked. We had been having a hard time with the land deal because two women own the land and they could not come to an agreement about the division. Finally, the woman who was being the most difficult said she would agree to the terms but she refused to pay some of the legal fees that had occurred. Michael Fortson (Neema’s founder), refusing to lose the land over the legal fees, agreed to raise the payment price to include her demands. Meanwhile, Matt’s parent’s church, Mount Olivet Church in Huron, South Dakota, had been raising money for the land for many months. They started the fund raising after we THOUGHT we had already raised the full amount, but God knew better! At the end of the many months of fund raising, Mount Olivet sent in their check right in time to cover the extra legal fees by a surplus of only a few dollars!! God is amazing! He knew the time and the need. The deal was never out of His hand, and He had His people working on it, from a thousand miles away. Thank you, Thank you, Thank you family at Mount Olivet. You were used by God in this plan of His. I feel like David standing in front of Goliath with full confidence. We have Yahweh on our side, and our giants will fall.

Because the land is secured, we (the larger Neema we) are hoping to start the building process SOON! I call it the building process because we first have to get permits (shudder at this thought!) and then start to clear and level the land, build a fence, build a secure building on which we can store tools and get our shipping container. All that to say, we will be very busy in 2015, and we wanted to squeeze in a visit BEFORE the action got into full swing. 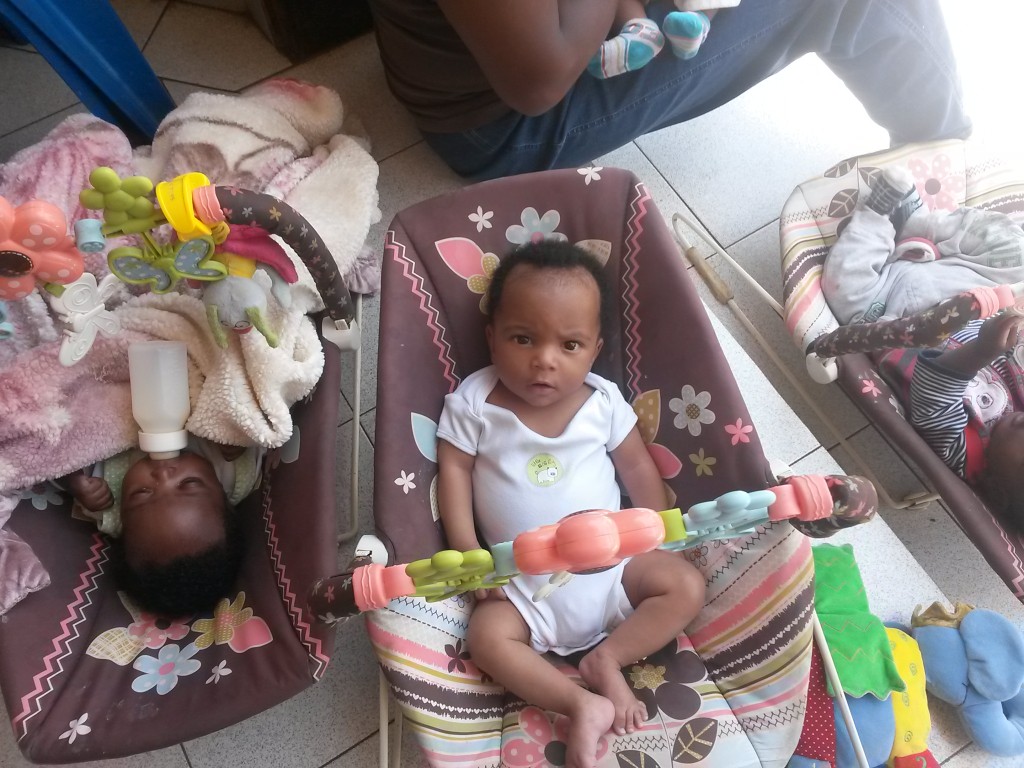 So about our trip. We are hoping to see as many people as possible and talk about what has happened in the year and one month that we will have been in Tanzania. We are planning to spend time with Matt’s family in California for a few weeks, and then head to Texas. We have not decided if we will fly or drive from California, a lot of our decisions are based on if we can raise some support for intercontinental plane tickets. We are super excited and a little bit nervous about coming back. It will be quite the experience to visit our home, see our culture, hear English spoken well, and adjust back to driving on the other side of the road. I have definitely heard first hand from friends here and read on a myriad of missionary blogs, that reverse culture shock is more brutal than the culture shock of adjusting to a different country of residence. I am already praying about how we will handle the trip and that Yahweh’s blessings overflow during our time in the states. Would you please join me in this prayer? I will keep everyone updated about our plans and dates, and would definitely appreciate you prayerfully considering funding our trip home. We actually have half of the funds raised, so we do not need too much more to be able to easily make the trip. I want you to know that those two sentences were REALLY hard to write. I erased and re-wrote them and prayed over the idea of asking for help. I know that you love us, because we are SO well supported in our work. I know there are people reading this who are waiting and wanting the opportunity to do special needs giving. You bless us. You humble me with your generosity. Thank you for loving us well.

The other update is about the Masai twins, Elisha and Therasia, that I wrote about HERE. I had been struggling over what to do about their medical needs. We really needed a orthopedic surgeon to look at their little joints and decide what was the right course of action. We had taken them to the orthopedic clinic at our local hospital, but they did not think they could do anything for the babies. Knowing that our best opportunity to get good results with joint deformity is acting as early as possible, I knew that we had to find another avenue of help. I had been debating over where to look for assistance and finally ended up calling on of the local NGO’s, TanzHands. They work with people with disabilities. They have an amazing outreach to people born with club foot, and I had been told that if anyone could help, they would be the ones. When I called my contact at TanzHands, she excitedly told me that they had a German orthopedic surgery team in town for three more days and I could take the twins to be seen by the team the next day!!! I got off the phone and sobbed at the beauty of God’s sweet plan. I was overjoyed, thank you Jesus for your provision. Early the next morning we took the twins to the hospital she had told us to visit. The orthopedic team evaluated both babies, told us exactly what to do for improving the range of motion, which includes a lot of therapy/stretching, and also serial casting for Elisha’s knees. The surgeon instructed one of his team members, who happens to be staying in Arusha and working with TanzHands, exactly how to do the casting. He wanted us to complete four more weeks of therapy before casting. We will be contacting TanzHands the first week of November to start the casting.

I sometimes see the larger picture of how God is working as I am writing these blogs. And right now I see His provision. I know He has provided the land for us. Our Promise Land, the place to put His name, to be His people and proclaim His goodness to the hopeless. I know He will provide fully for our trip, not just financially, but emotionally and spiritually. I know that He provides for our babies, for all of their needs, because He cares for them. David knew when he stepped out into that field that He was chosen by Yahweh, that Yahweh was with him, that no weapon or giant or army could stop him. We have those promises too, let us stand on them. Let us live in such a way that people see our lives and know that we believe what the Word has told us. Praise Him always. 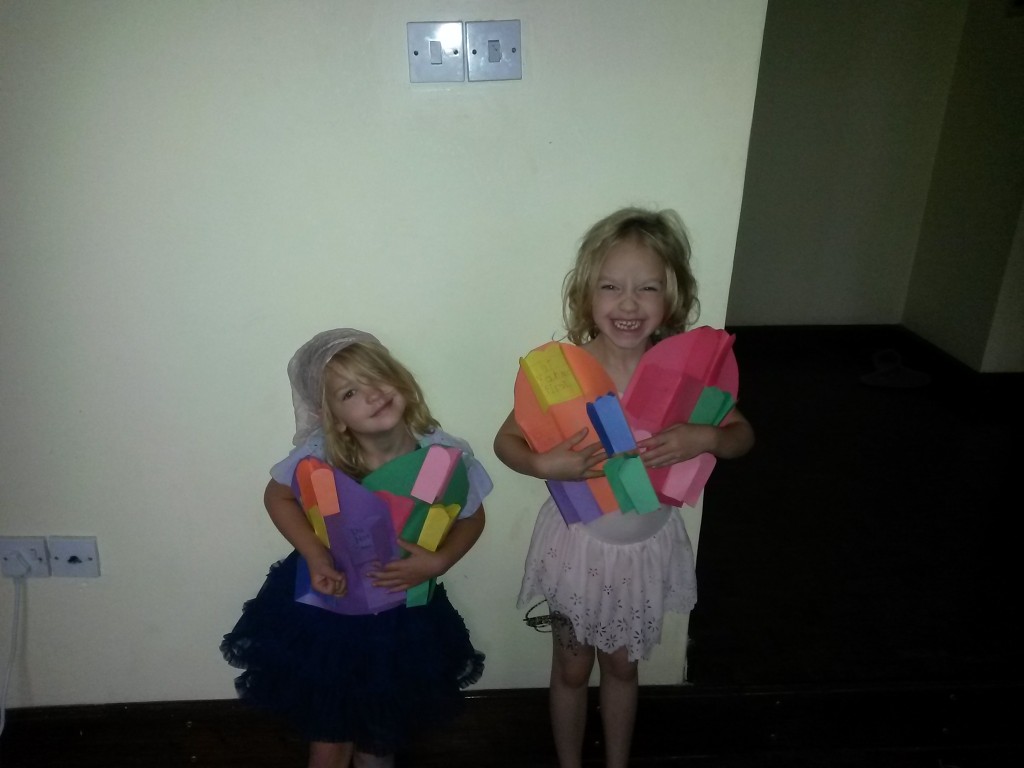 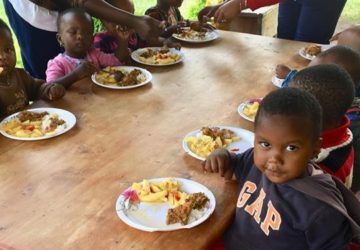 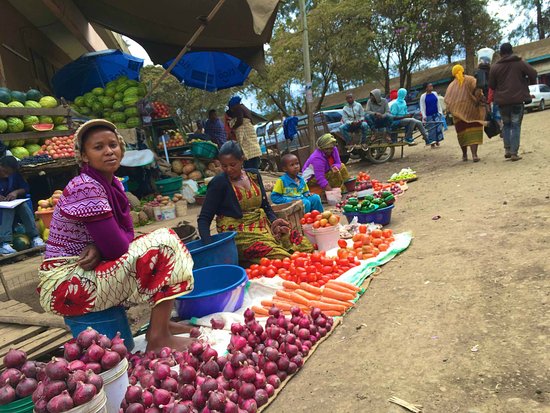 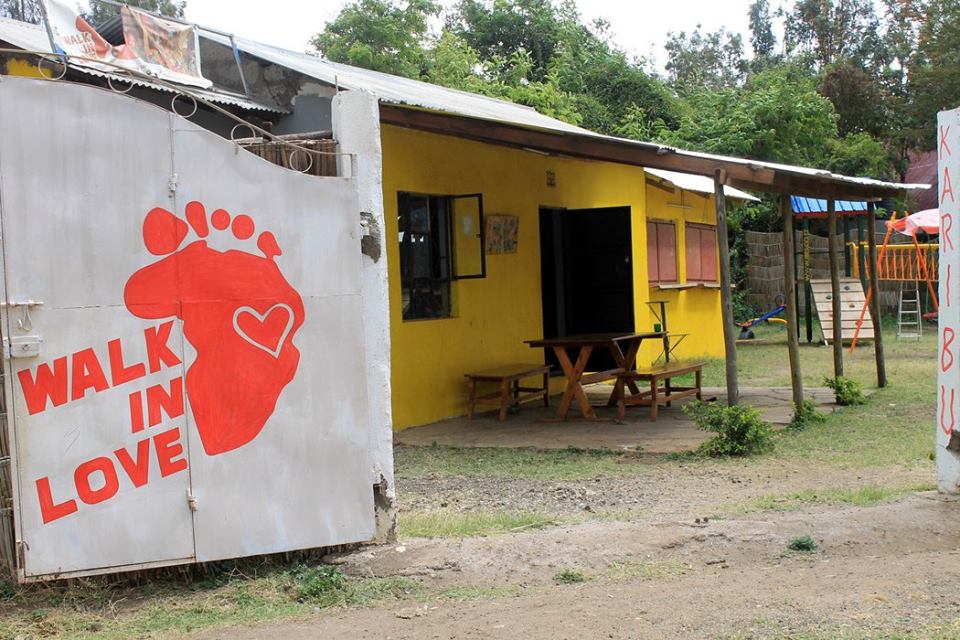 
Oh such great news!!! I just love reading your updates! I will talk to Keith…we will help get you home. Even if the culture is a bit strange to come back to, family is always the same…loving and enjoying every chance we will get to see you! Let us know so that we can plan to come to Texas when you are there! Oh, so excited!!,


So glad to hear of the good news for the twins, the new building, and your trip home…..God is good!! All the time!!! Even thousands of miles away when we have no idea he knows our needs…..He’s a God of the big things as well as the small things…..you, your family, and your Neema family will continue to be in our prayers as always…..I would love to hear a presentation when you are home…..keep me in mind….post your schedule…..love and hugs to all….


I love the picture of the kids. It really captures their different personalities, I think….CAN’T WAIT TO SEE Y’ALL!


Girls are looking great. God has been faithful in your ministry . So glad to hear the update!


Yet more amazing stories out of Africa! We are so proud of you and Matt and the girls for truly being God’s hands and feet. You’ll be here in the winter – we’ll try to have weather cold enough for a sweater… or maybe you can get that in South Dakota… : )


I PRAISE THE LORD WITH YOU THA T YOU GOT ENOUGH MONEY FOR THE LAND. ONLY OUR GREAT BIG GOD CAN MAKE IT POSSIBLE. ! !!
I AM SO HAPPY WITH YOU THAT YOU CAN GET HELP FOR THE TWINS
.
MAYBE WHEN YOU COME HOME YOU WILL BE ABLE TO SNEAK TO S.D. I WOULD ,LOVE TO MEET YOU. PRAYING FOR YOU.


Such wonderful news! Thankful for God’s provision, but also for your joy in seeing Him provide. Can’t wait for you to get here. Love you!


Loved this blog! So glad for the twins, they are getting big and cute. Love you guys, dorris


Wonderful update, Kelly! Praise God and a big “thank you” to you and Matt! 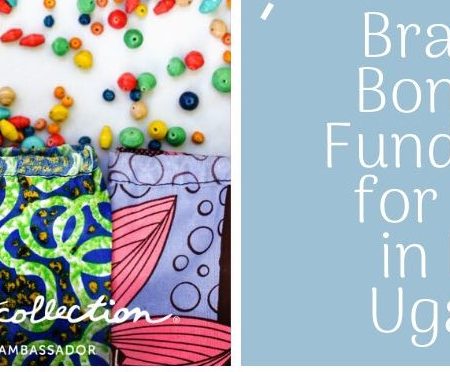 The Funny Story of How I became a Middle School Science Teacher…. Part 1